If you are a CRYPTORG user (new users included—those with a free 14-day trial account) and you are connected to ONE of the five stocks, you are allowed to participate.

Duration of the competition.

All you need to do is to successfully close as many  CRYPTORG transactions as possible and your cycle should end with you making a profit. This means that the winner is not necessarily a player with huge deposits, but perhaps someone who selects the most profitable trading pairs. A special competition page will appear on our website, where the rating list of participants and the amount earned for positively completed transactions will be updating every minute. Each contestant can monitor his/her result and make adjustments to the tactics of their trade-behavior.

Transactions on the KUCOIN exchange which are closed with profits at KickCoin will be credited with a five times higher factor. Thus, if you complete 10 successful trading cycles, you immediately get 50 points toward your ranking!

The information below is also very important!

The competition algorithm tracks trades which have been made on CRYPTORG only. Transactions carried out directly on the exchange-stock will not be included into your rating.

Note that successful transactions are counted via login and by personal accounts. If you have several balances within your account and each of them is traded on the stock exchange, then the chances of gaining a high position increases. You can apply for participation at any time, you only need to register at CRYPTORG and set up your robots.

The funds for this competition will equate to 1000 USD in KickCoins at the start of the competition.

1.What exchange sites are involved? KUCOIN and BINANCE.

2.Which pairs are suitable? Those available in CRYPTORG

4.What is the sponser site? CoinMarketCap

7.When will prizes be paid? Within the week after the competition ends.

What should you know about KICKICO?

The company was successful at ICO in the fall of 2017.

KickICO is a unique crowdfunding 2.0 platform based on block-chain technology. With KickICO, you can start a large number of different types of fundraising: ICO, preICO, crowd-investing and crowd-funding.

KickICO—a platform that was created for society and its needs. KickICO is a unique and new economic reality formed by the community itself. A lot of startups and investors help each other at KickICO.

At the moment, the KickCoin (KICK) coin runs on many stocks, such as: KUCOIN, EXMO, HitBTC, Mercatox, Gate.io, Bancor, Bibox, Coinbene, IDEX, EtherDelta.

The highest cost of the token since the beginning of the listing is $0.20, the trading volume is more than $300,000 per day.

The intentions of the KickICO team for 2018-19 are serious. These plans will include developments to its platform,  the introduction of several more related services into the ecosystem—its own stock, which will benefit the Kick coin. 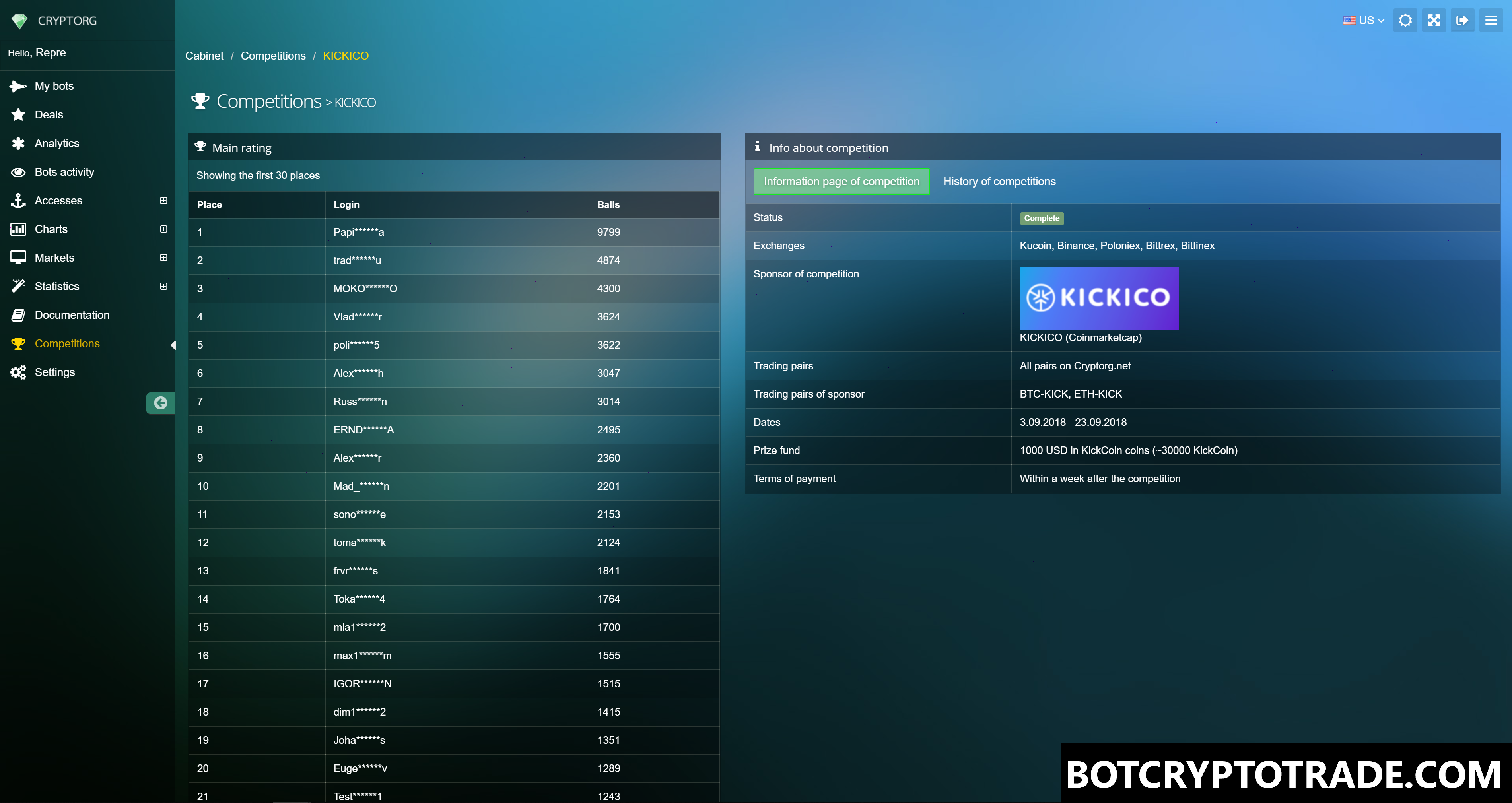