Hello, traders. Today the topic of this video is Trailing Stop Loss and Trailing Buy in cryptocurrencies. In the previous video, I talked about Trailing Take Profit, the percentage of price following, and Trailing Sell. Since the topic is vast, and all the material is hard to fit into one, I divided the Trailing topic into 2 videos. Let’s continue studying it here! Begin. 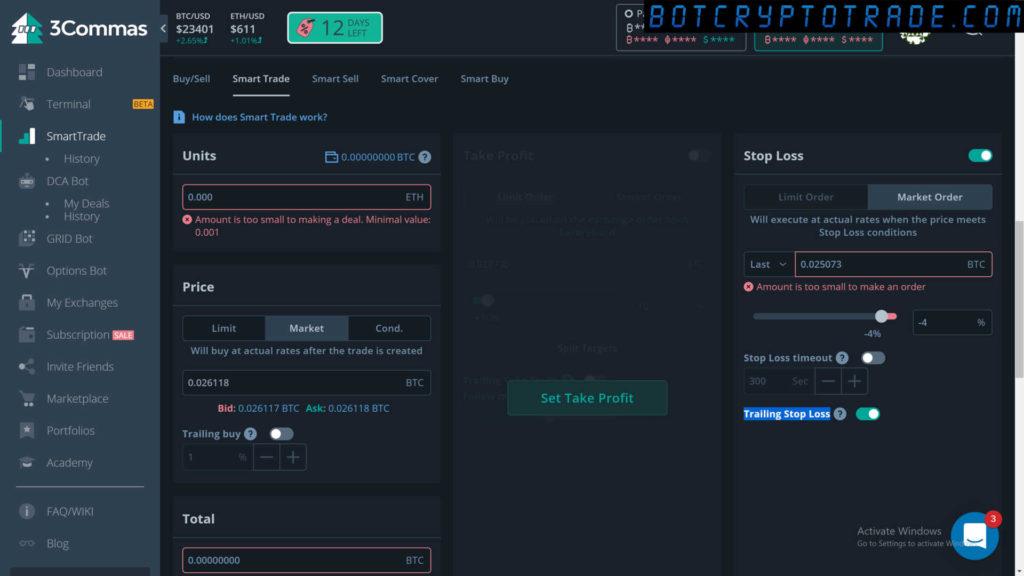 Some traders use only Trailing Stop Loss as Take Profit in their trading strategy – they minimize the risk of loss, move Stop Loss to the profit zone, and close the trade with Stop Loss profit. This is one of the options for styles and strategies for trading with Stop Loss. Let’s look at an example. You bought one BTC at a price of 9000 USDT, set Stop Loss -2%, closing price with a loss of 8820 USDT, also included Trailing in Stop Loss.

The price goes further and goes up to 9300 USDT, and your Trailing Stop Loss moves again 2% of this price, in the range of 9114 USDT. Then the price reverses sharply and begins to fall from 9300 USDT to 9114 and below. Stop Loss is triggered and you close your deal by the market price at 9114 USDT, with a profit of 114 USDT, instead of a possible loss or instead of waiting in a position. By the way, there is no “Percentage of price following” in Trailing Stop Loss. 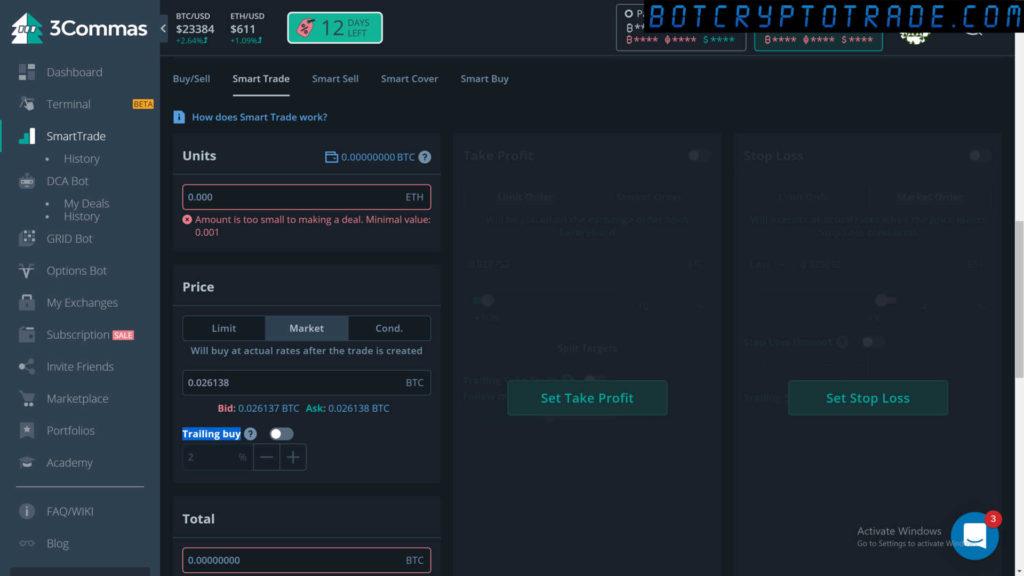 Trailing Buy is analog to the Trailing Take Profit function but has a slightly different purpose. 1. To buy coins on a fall at a lower price, instead of the usual buy on market or limit orders. 2. Buyback tokens cheaper after selling them. 3. You are in a Short position in the futures market and want to close it profitably.

To enable this function, check “Trailing Buy” when creating a deal in Smart Trade of 3commas, and also set the “Percentage of price following”. As an example, you currently have 10,000 USDT and want to buy BTC at the best price possible. The current value of Bitcoin is 9300 USDT. In Smart Trade, we indicate the desired buy price, for example, 9000 USDT per BTC, and the following percentage is 10%.

While the price is at 9300 USDT, our Trailing Buy is idle. Further, the price began to fall to 9100 USDT – expectation. The price dropped to 9000 USDT – Trailing Buy is activated and waits for a signal, if the price rises to 9900 USDT, a buy order will be triggered. Why? Because the percentage of following the price is set at 10% when the price moves up or down.

As a result, you bought Bitcoin at 8,910 USDT instead of 9,300 USDT, saving $ 390 on the purchase even before entering the trade! Thus, by including the smart save money of tokens before entering the market (Trailing Buy), you earn in advance and reduce your risks. Especially if you trade on daily charts or you have positional trading for several days, when you can wait a long time for the desired price, Trailing Buy will definitely come in handy.

This video is over. This was the second video about Trailing Stop Loss and Trailing Buy in cryptocurrency. About Trailing (Trailing Stop) in crypto, or rather Trailing Take Profit, Trailing Sell and the percentage of price following, was the first video that you can watch on the corresponding link. That’s all and please wait for the next videos on botcryptotrade.com