Hello everybody. Today the topic of this video is Trailing Stop in cryptocurrencies. Namely, Trailing Take Profit and Trailing Sell. In general, I will tell you what this function is and how it can be useful to you in digital money trading. By the way, Trailing on some crypto exchanges is not available or not of very high quality, and this is one of the main reasons to start using Smart Trade and 3commas bots, where Trailing works perfectly. Let’s go! 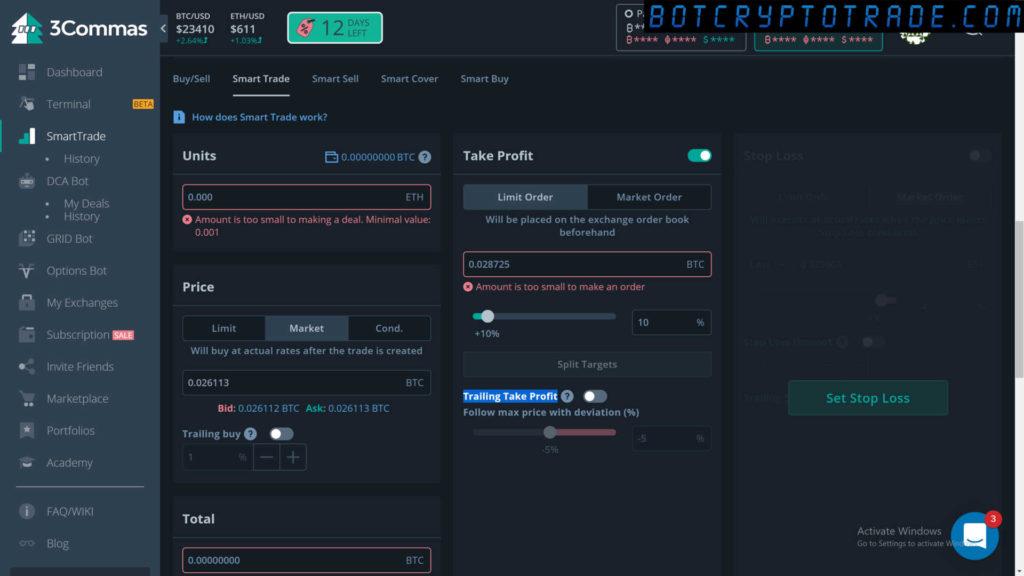 Trailing Take Profit is the most common and useful function in 3commas, which is available both in manual Smart Trade trading and in bots. The main goal is to increase profits. When your Take Profit is reached, but the price moves further into the profit zone, the position will not close.  The Trailing Take Profit will continue to follow the price and, at the slightest movement back, will automatically close with a larger percentage of profit than without Trailing.

Let’s look at an example. You bought one BTC at a price of 9000 USDT, set Take Profit + 5%, closing price with a profit of 9450 USDT. If the price reaches this level, your earnings without Trailing will be оjust 450 USDT, not more. However, when you enable Trailing in the settings, then everything will be different. Let’s try it!

In Smart Trade, create a deal to buy a coin, turn on the “Trailing Take Profit” function in the “Set Take Profit” window, set the value “1” in the “Percentage of price following” field. When the BTC price reaches 9450 USDT per coin and subject to further growth, the transaction will not close, but will wait further. If the price starts to fall, the trade will close immediately at 9450 USDT or slightly lower.

If the price continues to rise, the trailing will start following the price. Let’s say the price has reached 9810 USDT for Bitcoin and a correction or falling has begun, then the deal may close at about the price of 9720 USDT. As a result, your profit is already 720 USDT instead of 450 USDT (8% against the initially set 5%). 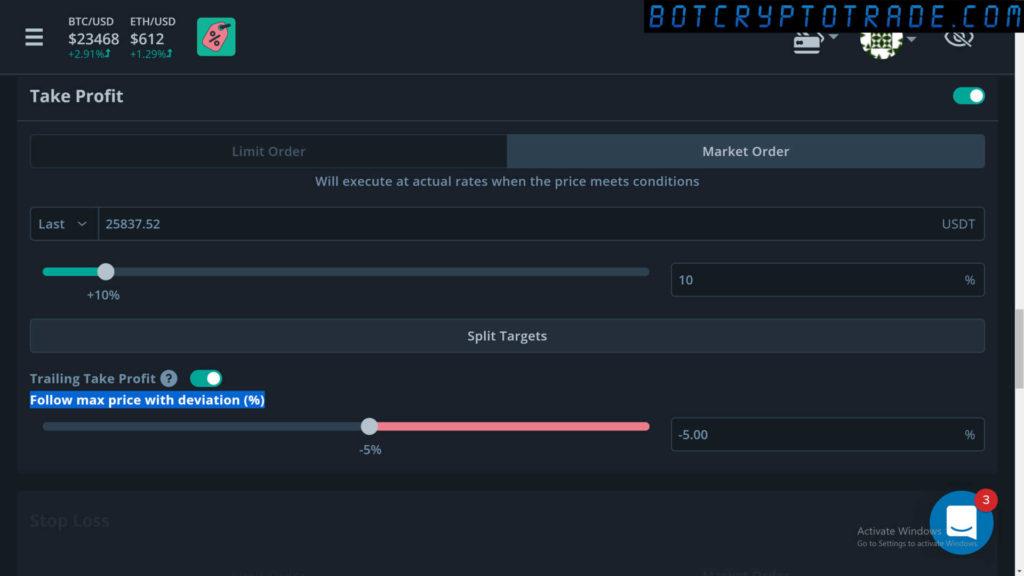 What is the 1% price follow percentage? This is the largest downward deviation from the high of the reached price when the Take Profit level was taken. Number 1 can be replaced with another, depending on your trading strategy. If Take Profit is set + 10%, and the deviation of the crypto cost is 2%, then the following results are possible: 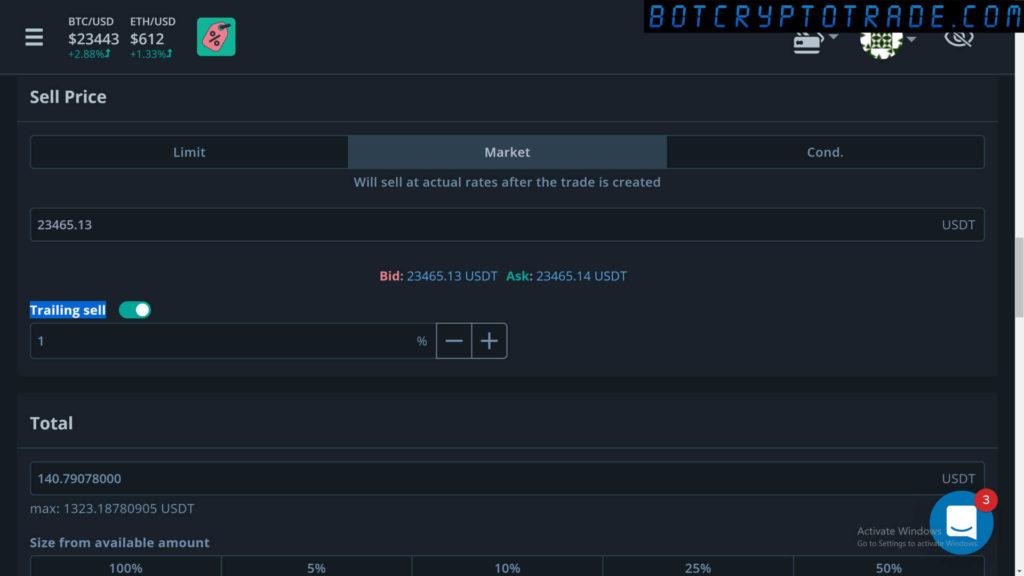 This video is coming to the end. I told you everything about Trailing (Trailing Stop) in cryptocurrencies, namely Trailing Take Profit, Trailing Sell, and the percentage of price following. In the second video, I will supplement the story about Trailing Stop Loss and Trailing Buy in crypto, see it at the link in the description. That’s all and see you in the new videos on botcryptotrade.com