Hello, dear friends. Nice to see you again on this channel about earning cryptocurrency. Sometimes, you might feel that the trading robots on  CRYPTORG do nothing but make you lose money in your deposit. People then tend to rush into a panic, saying that ‘everything is lost, what am I going to do?’ I want to make things clear and explain to you why this happens. And then, in the course of the video, I’ll explain how to deal with this in you find yourself in this situation.

Here, I go to the section “Access”. Pay attention to this chart. Here, the bot trading has reached the maximum, and then it goes down, and looks like a “loss”. After that, it’ll go up and go down again. Why is this happening? In fact, it is not really a loss. For example, we’re trading Bitcoin/Ethereum but unfortunately, on CRYPTORG, the statistics here are not always correct, so if we go to the web site CoinMarketCap, then you can see that they are already leveled. Usually, Bitcoin falls less, and the Ethereum falls more.

When you exchange the Ethereum back to Bitcoin, you get less amount of Bitcoin, so less amount of money is displayed on the deposit. But to check your deposit amount on the crypto stock exchange, you should go to the section “Access”. Click on the bottom, “Check to connect”, after that press on the button “Request data”. So, you get information about the current amount balance on your deposit. 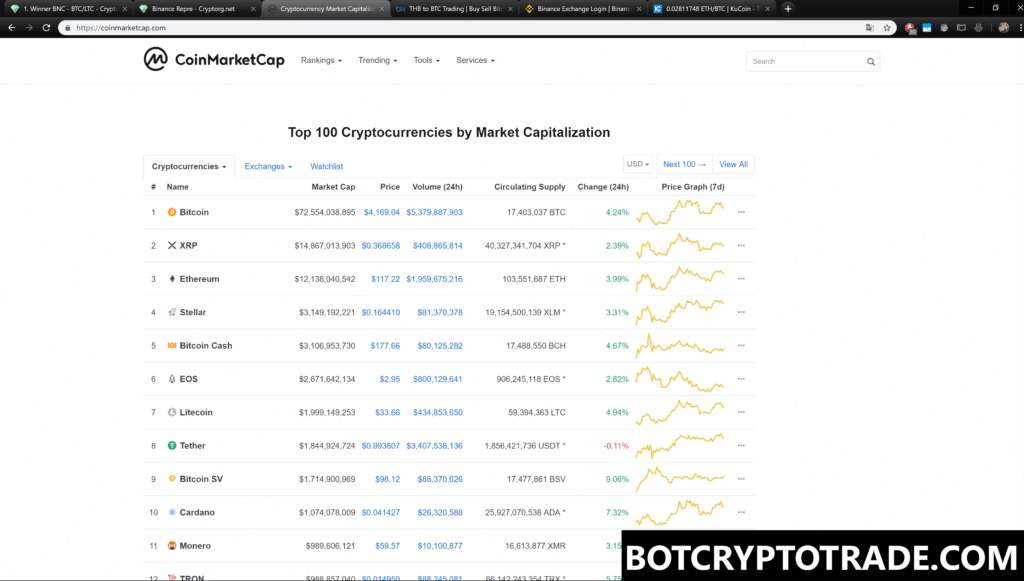 Next, we’ll look at the deals which are working now. Like in my case, I have 2 current working deals—trading pairs: BTC/BCH and BTC/XRP. Two deals, you can see this line. this refers to the process of the active period of a deal. This line process has gone just less than halfway, approximately 25%. If the processing period of a deal has very little progress but has lasted many days, this means that the situation for the deal is not good. Here is the trading pair BTC/BCH, which started working from 27 November 2018, and here is BTC/XRP, which started working from 20 November 2018.

The chart and the percentage of exchange, “Change”, is green and the chart is too. If the percentages were negative (red) and the chart is going down, then this would indicate that the prospects for the coin are not very good at this time. But right now, everything is fine with BCH. Now we’ll go and look at the pair of BTC / XRP, the XRP coin. We will also find it on CoinMarketCap and the indicators are the same, they’re good. We will then return to the site CRYPTORG, go to the section “Deals”, and then we’ll make our decision.

As a result, I can say that with this number of crypto coins, what is displayed in the chart on CRYPTORG in the “Accesses”, might be wrong. Because while you get the impression that we’ve lost some of our deposit, we actually haven’t made any losses at all. You have the same amount of crypto money as before. They are not lost, it is still in your balance, as always. Here it is, the available balance, all the coins are completely in place. Or you always can check the quantity of your cryptocurrency in crypto stocks, like BINANCE or KUCOIN.

The only thing is that when these coins start to grow—respectively—the number of Bitcoins will also grow too. And as soon as Bitcoin begins to grow, all coins will start to grow immediately too. Therefore, in this situation, nothing terrible happens. We are waiting for when our crypto coins will grow in the price — you just need to wait. And if there are deals which are frozen or those that have been working for quite some long time exists, we cancel them and release part of the deposit. Or another option is to put more money towards the deposit and open new deals. It all depends on your decision.

That’s all. I wish you all the best, and I’ll see you in the next video. Goodbye, everyone. 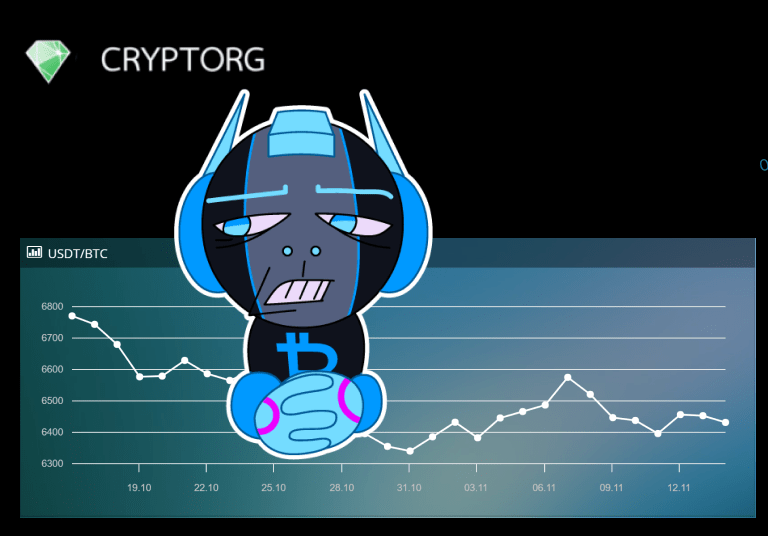