Hello everybody. Each of us wishes to make a lot of profit in cryptocurrency trading. Some people prefer to hold coins for a long time and sell manually, while others use pending orders like Take Profit option. And in order not to constantly be behind the chart and at the trading terminal, you need to set Take Profit to make a profit on the machine. This is what will be discussed in our video. Let’s start.

Percent of profit in cryptocurrency 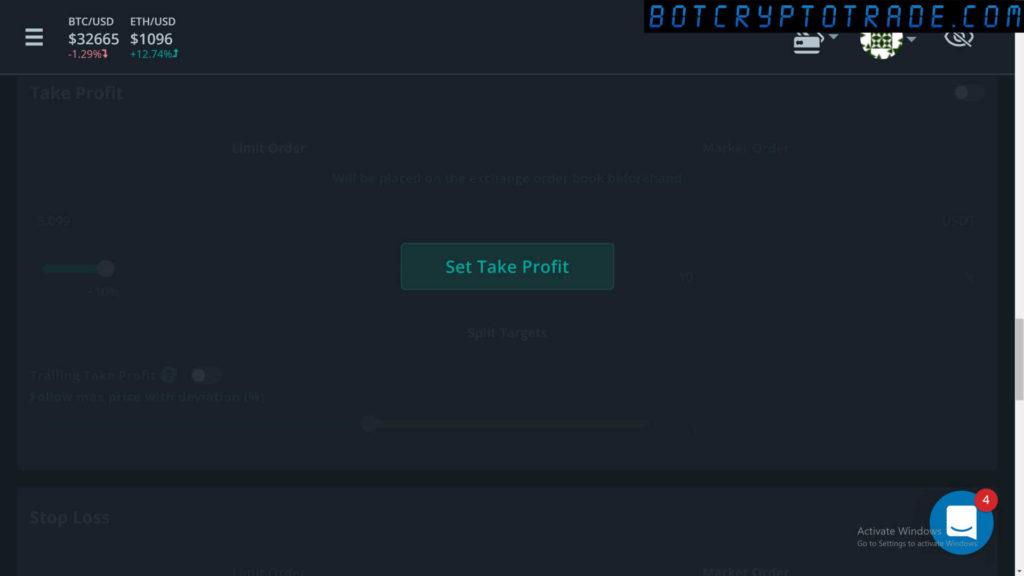 Ordinary Take Profit works very simply. When the price rises to or above the specified one coin, the crypto exchange, based on your settings, will close the deal. For example, you bought 1 BTC at a price of 10,000 USDT and put Take Profit + 10%, that is, you created the order to sell Bitcoin at a price of 11,000 USDT. For a while, BTC traded within 1000 USDT and then continued to grow.

Upon reaching the level of 11,000 USDT and above, your Pending Order (Market or Limit) with Take Profit + 10% will be filled and the system will close the trade with a sell. The total profit is 1000 USDT. Take Profit is used in order to get profit on time when there is no desire or opportunity to follow the deal. 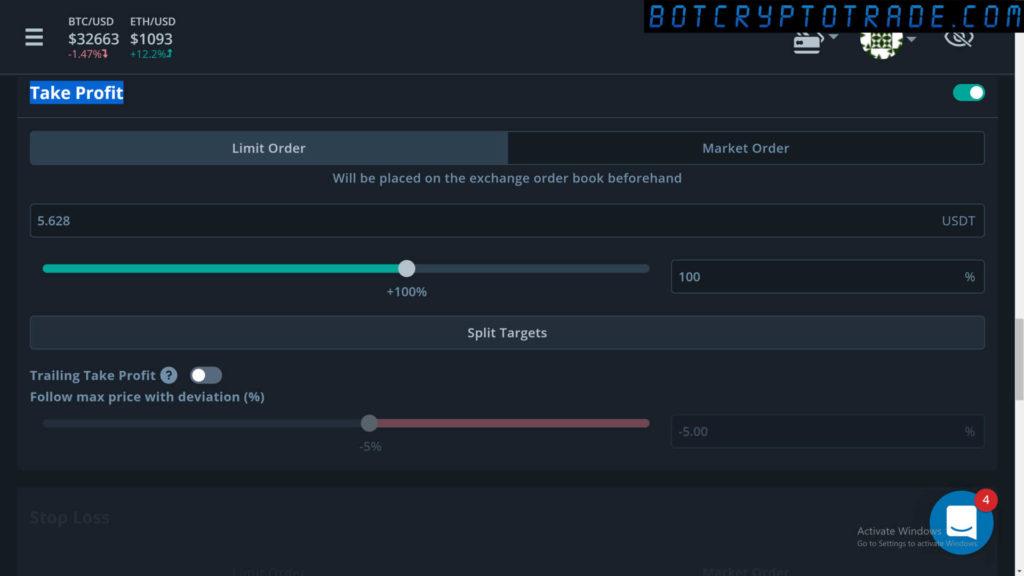 Daily timeframe (1D) traders normally set Take Profit from 3% to 7 or even 15%. And position traders used weekly and monthly timeframes with set up 15% to 50% Take Profit. And the last group is investors who wait several months and usually close their positions with a Take Profit of 100% or more.

However, ordinary Take Profit is often not enough for making good money. If you want to increase your earnings on cryptocurrencies, you need to use additional tools, for example, Smart Trade from 3commas. This is a Special Terminal that has finely-tuned settings for Take Profit. By the way, there is also Trailing Stop Loss, for moving Stop Loss to breakeven and fixing profit without Take Profit.

In addition, in Smart Trade, the Ladder function is available, that is, the split the Take Profit for several small targets. You can set the Take Profit to fix part of the profit at one price level, if the price goes higher, at the second, third, and so on. Thus, it will be possible to follow the market as far as possible automatically and get the maximum money. There is also a separate video about the Ladder and Take Profit Split Targets.

Take Profit has also a special role in bots. Since the bots provide Safety Orders and Averaging by default, there is no ordinary Take Profit. For this reason, in 3commas bots, Take Profit has another name “Target Profit”. The meaning of his work is completely the same – you are setting the percentage of the profit you need.

If the price of a coin drops after the buying, the bot will automatically place a Safety Order and buy additional coins for Averaging. In this case, the Take Profit will move lower and this will continue until the time the deal is closed. Additionally, bots have the ability to choose a token in which profits will increase. If it is “Base”, then the profit for the coin to the left of the pair, if it is “Quote”, then it is to the right.

For example, you have selected the USDT_ETH pair, if the settings are set to “Base”, USDT will increase, and in the case of “Quote”, then ETH. And the third important difference regarding Take Profit in bots is the “Take Profit Type” option. There are 2 options to choose from. 1) Percentage From Total Volume – the robot will take profit from the size of the very first order, regardless of the final volume of the deal. Let’s say you open a trade with a volume of 1000 USDT and a target yield of 5%, that is, 50 USDT.

It would seem that the second option is better, but it is riskier because the bot will have to wait longer to complete the deal. But in the first case, the bot will complete the deal faster, because closing Take Profit with 50 USDT is faster than with 100 USDT. Which option to choose depends on your trading strategy. If you need a big profit and you are ready to wait, then the second option. And if you want to make a quick profit and play it safe, then the first one.

Video about Take Profit in cryptocurrencies completed. To get the maximum profit in trading, you should use Take Profit and some special tools such as 3commas. It is like a dynamic Trailing Take Profit, the Split Targets, Trailing Stop Loss, and bots with fine-tuned Target Profit settings. That’s all and be in touch with the new videos on botcryptotrade.com.