Hello. Today’s topic is a continuation of the previous one about technical analysis in cryptocurrencies. But this time we will talk about graphic shapes, where I will tell you about the most interesting patterns that are worked out most often. And a few more words will be about the price action in the crypt. Go! 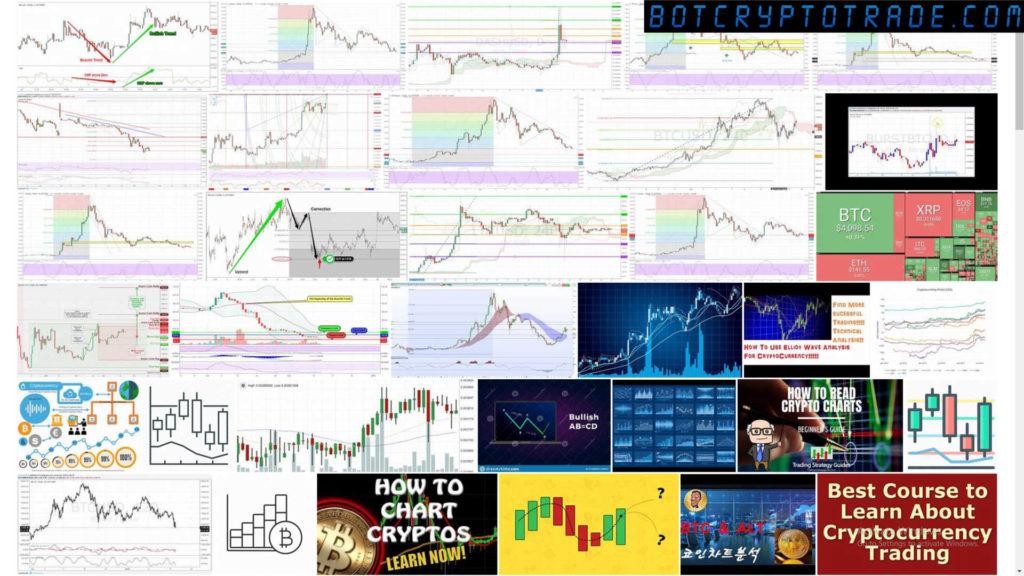 Continuation patterns: 1) Triangle (ascending, descending, symmetrical). 2) Flags and pennant. 3) Wedge. I will not consider each figure separately, because it will take a lot of time. I recommend reading the book “Technical Analysis” by Jack Schwager, where all the figures and chart patterns are described in detail. Here I will only talk about the head and shoulders, as well as triangles.

Head and Shoulders are the most common trend reversal pattern. Consists of three peaks: 1) head – the middle and highest peak, 2) left shoulder, 3) right shoulder. Each of the three peaks rests on the support level, which is at the same time the neckline. The pattern is considered complete only when the neckline is broken down.

Therefore, it makes no sense to open a deal ahead of time. In this case, the price can return to the neckline and test it as a resistance line. For the bear market, there is an opposite pattern – an inverted head and shoulders, which forms at the end of a downtrend and a breakout of the neck level means the price is going up and the beginning of an uptrend.

In a symmetrical triangle, two lines come together and are symmetrical to each other. A pattern is considered complete when the price breaks its line in the direction of the trend that existed before it was created. It is worth entering a deal with pending orders only after one of the lines of the pattern is broken. Triangles rarely work out themselves and you should be careful with them.

Can Price Action be used in cryptocurrencies? Sure! But it only works on 1D, 1W, and 1M timeframes. This option is not suitable for scalpers, but for traders who trade on daily charts, they use positional trading, medium-term or long-term trading (investment), Price Action will definitely come in handy.

There are several dozen Price Action patterns, such as outside bar, inside the bar, rails, bounce and level breakout trading, and many others. Let’s take an “inside bar” setup as an example. This pattern consists of 2 candles, where the first is the parent, and the second is the child, and it completely enters the range of the first candle.

The video on the topic “Technical analysis in cryptocurrencies – graphical figures and price action” is completed. Was reviewing some graphic figures reversal and continuation of the trend in the technical analysis of digital money. That’s all and see you soon at botcryptotrade.com