Good day friends. In this video, I will talk about other important and effective tools for trading digital money – Elliott Waves and Fibonacci levels. Unfortunately, these tools are not easy to use and you will have to study a lot of information and read books to understand everything. I’ll just tell you the basics in this video. Let’s start! 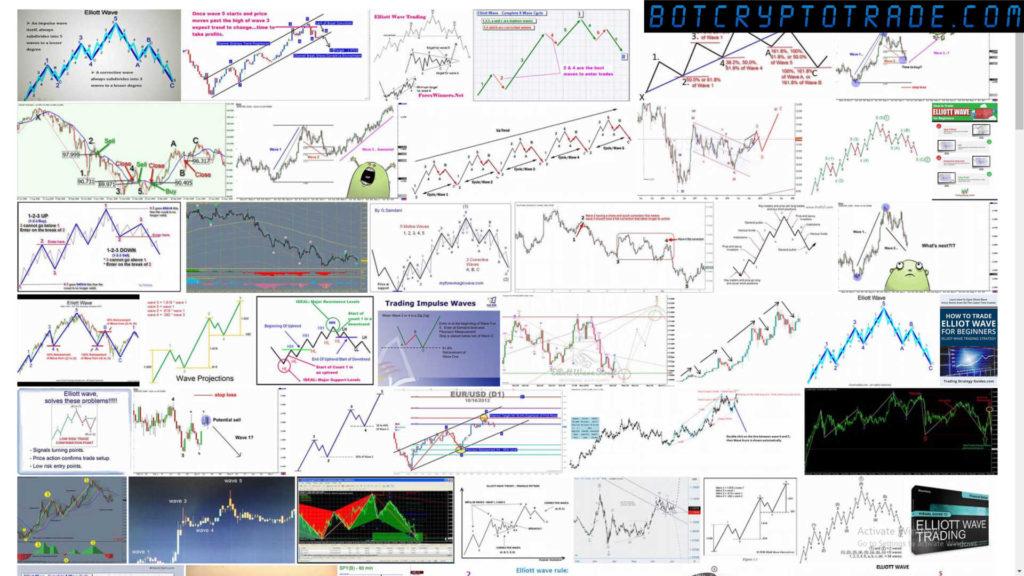 Wave Theory was created by Ralph Nelson Elliott, who studied the stock market. The foundations of this theory were laid out in the book The Wave Principle in 1938 of the 20th century. There are 8 waves in Elliott waves, which are formed during a falling or rising trend. Waves 2, 4, B are corrective waves, while waves 1, 3, 5, A, C are impulse waves.

There is a lot of growth during waves 1,3 and 5. At this time, long green candles are formed on 1D charts. The market is euphoric and everyone is trying to buy cryptocurrency. During waves 2 and 4, a rollback occurs. Point 4 should be above point 1, and point 2 should be above the start point of the trend (point 0). Otherwise, the Elliott wave principle collapses and you have to draw the waves first.

The correction of waves A, B, and C is already a protracted retracement (when compared with waves 2 and 4), which means the end of a cycle of eight waves. Then this cycle must be repeated from the beginning. The main principle of Elliott waves in crypto or in another market is that each wave is a part of a larger wave, and also each wave can be divided into smaller waves. 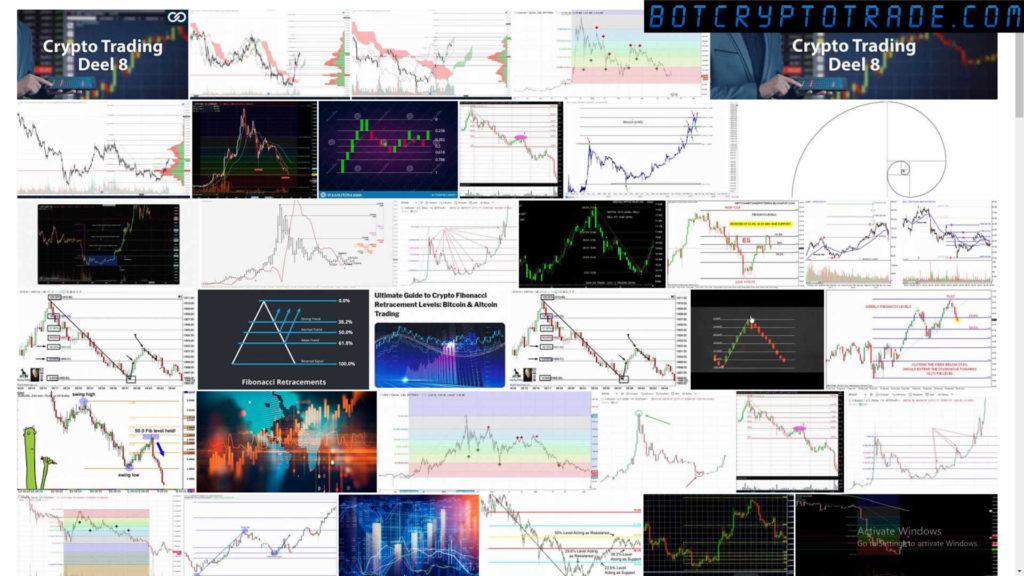 Also, when dividing numbers from the Fibonacci theory, such values ​​as 0.382 and 0.236 were revealed. What does this have to do with cryptocurrency trading? Fibonacci numbers are patterns that are observed in changes in the price of digital money. And such Fibo numbers as 0.618; 0.382; 0.236 and others are support and resistance levels that often work out.

On the chart, Fibo levels should be pulled from the beginning to the end of the impulse. Fibonacci levels are 5 horizontal lines, where 3 lines have the numbers 0.618; 0.382; 0.236, and the remaining numbers are 0.5 and 0.786. At these numbers, the support and resistance levels are the strongest! When the price moves up to the Fib levels, there is a high probability of a downward rebound, and when the price moves down to these levels, the rebound is up.

How to use Elliott and Fibo waves in crypto

To effectively use Elliott Waves and Fibo levels in cryptocurrencies, you need to use a suitable platform. I recommend using TradingView charts for these purposes, which have everything you need. The following tools are available for Elliot waves: Elliot Triangle Wave, Elliot Impulse Wave, Elliot Correction Wave (ABC), Elliot Triple Combo Wave (WXYXZ), Elliot Double Combo Wave (WXY).

To build Fibonacci levels in digital money, you can use such tools on TradingView: Fib Extension, Fib Retracement, Fib Time Zone, Fib Speed ​​Resistance Fan, Fib Circles, and many others. But the main tools useful for a trader are only Fib Retracement and Fib Extension, which need to be pulled from the beginning of the impulse on 1H or 1D charts to the end of the impulse.

TradingView also offers a large number of indicators for automatically plotting Fibonacci levels and Elliott waves on charts. These indicators can be used as signals for 3commas, which connect from TradingView to crypto bots for automated trading. Watch the separate video “How to Connect TradingView Signals to 3commas”.

The video about the Elliott Wave and Fibonacci levels in cryptocurrencies has been completed. You have learned the basics of trading and using these instruments to trade digital money and the services on which they should be used (TradingView and 3commas). That’s all until the next videos on botcryptotrade.com