Hello crypto traders. The topic of today’s video is fundamental analysis of cryptocurrencies, which is a detailed study of information about a token. Let’s say the ways of using a particular coin, what kind of developers are behind the project, ways of using an asset, and much more. I will talk about all this further.

What is Crypto Fundamental Analysis 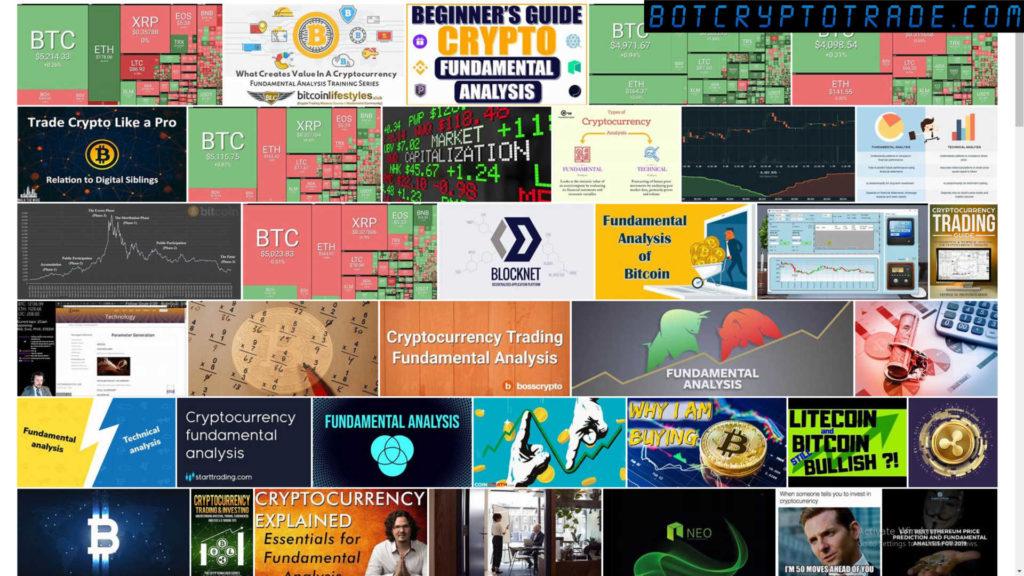 The goal of fundamental analysis is to understand if a cryptocurrency is undervalued or overvalued? As a result, a decision is already being made to sell or buy a token. But if the technical analysis of digital money is based on the same principles and tools (candlesticks and setups, chart patterns, RSI, and Moving Average indicators), then the fundamental analysis of the digital money only indirectly has common points with the forex and stock markets.

Of course, the economy, oil prices, gold, and the S&P 500 index, and the general situation in the global market affect the value of tokens, but not always, and these are not the only factors. What then influences cryptocurrencies more from the fundamental analysis? These are strong indicators that are difficult to manipulate.

For example, social networks, be it Twitter or Facebook, are very easy to manipulate because their subscribers can be bought and cheated. The first is Blockchain Addresses. The point is that crypto traders often check the number of active addresses per blockchain. If a new interesting token appears in the address, then it should be bought for quick sale during listing on a new exchange.

Differences in fundamental analysis of cryptocurrencies from other markets

Or when a large amount of BTC (from 5000 coins) was brought to the Binance or Kucoin exchange, this is most likely a bearish signal – Bitcoin is more likely to be sold, which means that other altcoins will fall in price. Conversely, if 5,000 or more BTC were withdrawn from the exchanges, this is most likely a bullish signal – Bitcoin will most likely be kept until better times, which means there will be a flat or rise in prices for BTC and other altcoins.

Second – On-chain analysis of cryptocurrencies on the Coinmarketcap website offers a large amount of information, such as 1) The number of transactions in the digital money blockchain network for certain periods to see how the activity has changed over a given period of time. 2) The number of transactions to understand the interest of buyers and sellers. 3) Active addresses – how much, where, and where digital money is transferred, and the number of unique addresses among them.

4) Commissions are the most important element of analysis in Onchain, which allows you to learn about the demand for space in the blockchain. This is an analog of an auction, where users compete with each other to quickly include their transactions in a block. People who pay more for the commission will be able to complete their crypto transactions faster. 5) The amount of staking and computing power (hash rate) – proof of work performance as an indicator of the health of the blockchain network.

Characteristics of fundamental analysis of cryptocurrencies

A decrease in computing power indicates that the number of miners is falling because it is not profitable for them to serve the network. And an increase in computing power, on the contrary, will show us an increase in the number of miners and their interest in making money. Third – Project metrics, which include: 1) Team productivity and experience. 2) Whitepaper – is a whitepaper with an overview of a digital asset.

3) Initial distribution and tokenomics – how were the funds initially distributed? Was there an ICO with an initial token offering or an IEO with an initial exchange offering? Tokenomics means the real benefits of the coin, its recognition in the market, and how much the market is ready to value this coin. 4) Competitors – is this project better, such, or worse in comparison with others? It is worth analyzing not only the coin you are interested in but also its competitors.

Fourth – Financial metrics: 1) Market capitalization – a circulating supply, which was multiplied by the current price, that is, the purchase price of all project tokens. 2) Supply mechanisms – maximum supply, inflation rate, and circulating supply. 3) Volume and liquidity – volume is an indicator of determining liquidity. And liquidity is an indicator of how quickly a coin can be bought/sold. A liquid token is easy to buy and sell.

The video about fundamental analysis in cryptocurrencies is coming to an end. I told you about the main factors that should be considered when analyzing and collecting information before investing or starting to trade this or that token. That’s all until new videos on botcryptotrade.com