Hello everybody. In this video, I will talk about technical analysis in cryptocurrencies, namely, trend lines, support and resistance levels, as well as candlestick analysis (Japanese candlesticks). I will tell you exactly which patterns and setups work best in the digital money market, which came to us from the stock market and forex. Let’s get started! 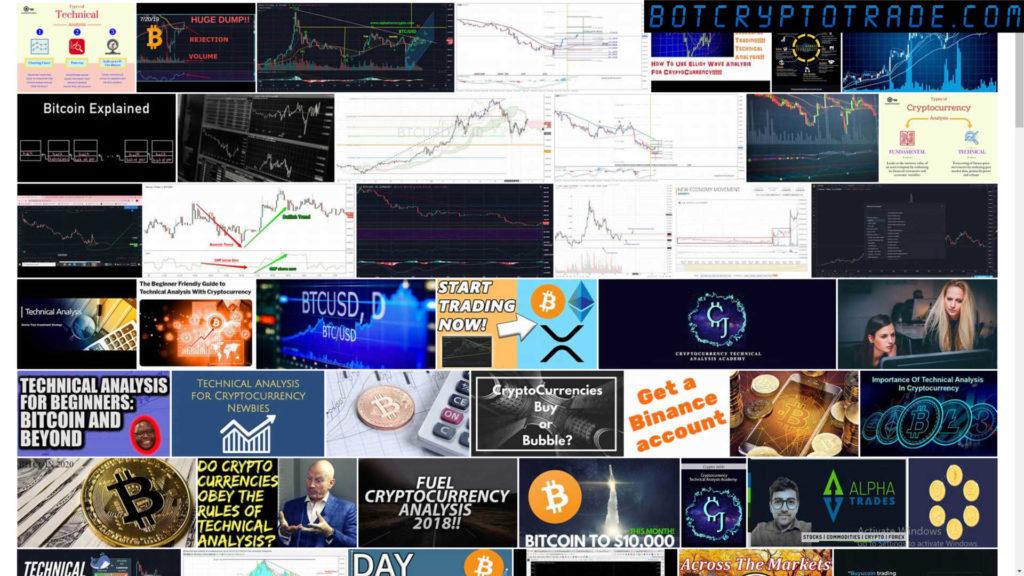 Trend and trend lines in cryptocurrencies are the main and most important things to pay attention to in technical analysis. As soon as you open the chart, the first thing to do is determine, depending on your timeframe, what the trend is now. Is it a bearish downtrend or a bullish uptrend?

Support and resistance lines in cryptocurrencies

Support and resistance lines are the second important element when trading cryptocurrencies. In simple words, these lines represent an accumulation of a large number of buy or sell orders. So to speak, the areas of greatest interest for buyers and sellers of digital money. These are horizontal lines that go through the lows and highs of the candlesticks.

Typically, the price bounces off the support line, which is the lowest price in the current price range. When the support line is broken down, the price drops rapidly to the next support line. As for the resistance line, the price usually tries to break it several times, but this does not work out right away.

The first is the hammer and the hanged man, which consist of one candle. A hammer forms at the end of a downtrend. The appearance of a hammer usually means a trend reversal. It has a short body and a long lower shadow, the color of the candlestick does not matter. The Hanged Man pattern is the opposite of the hammer pattern that forms at the end of an uptrend.

The Hanged Man has a long upper shadow and a short body. For other models, I will only say their name, since their detailed description is beyond the scope of this video and refers to the training course on cryptocurrencies. The second model is a shooting star and an inverted hammer. The fourth is a curtain of dark clouds and a gap in the clouds. The fifth is bullish and bearish engulfing.

The sixth and final model in the morning and evening star. The fourth, fifth, and sixth patterns already consist of several candles and are formed under different conditions. They are not always clearly visible on the chart, or they can be misunderstood and mistaken for one model for another. If you want to learn more about candlestick analysis, I recommend Steve Nison’s book Japanese Candlesticks.

The video on the topic “Technical Analysis in Cryptocurrencies – Trend, Levels and Japanese Candlesticks” is completed. I told you about the main points of trend building – when a downtrend or an uptrend begins, how to build support and resistance levels, and trade on them. He also revealed the secrets of the most important Japanese candlestick patterns, such as the hammer and the hanged man. That’s all until new videos on botcryptotrade.com