Hello crypto traders. The topic of this video is arbitrage in cryptocurrencies, namely, I will tell you how you can make money by buying digital money on one exchange in order to sell it on another. This method is used less than usual trading, but it has the right to exist. Let’s start!

Trading between exchanges in cryptocurrencies 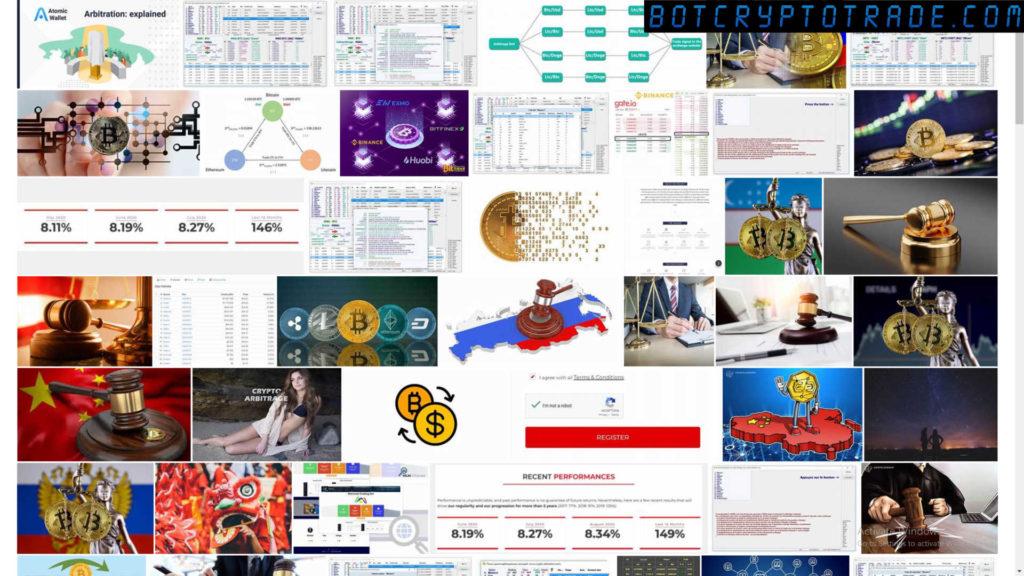 Cryptocurrency arbitrage is the process of buying Bitcoin or another coin, for example, on Binance, in order to sell it, for example, on Kucoin. That is, arbitrage is not trading on one exchange, but between at least two or several. Studying dozens of exchangers and comparing the price of the same BTC, a trader sometimes discovers a difference in its value.

If you buy ADA quickly on Huobi for 100,000 USDT and before the rate change, transfer the tokens to Hitbtc in order to sell at the best price. If you are lucky, you will get a big profit. Briefly, the plan is as follows: 1) Study several exchanges. 2) Find a cryptocurrency with the largest price difference among the exchanges. 3) Buy a token. 4) Transfer money to another exchange. 5) Sell and get profit.

Buy crypto on one exchange and sell on another

It sounds easy in words, but in reality, it is difficult and has its own problems. The first problem is that cryptocurrency rates are changing rapidly, so while you buy it, wait for a transaction to another exchanger to sell it, the price may become the same or even cheaper than on the first exchange! The second problem is that exchanges charge large fees for transferring funds to another exchanger.

And sometimes these commissions eat up almost all the profits. The third problem is the increased stress and tension from trading between exchanges. In fact, arbitration is very time consuming. Drawing a conclusion from all three problems, the trader is more likely to get a loss than earnings. Arbitration in digital money should be learned because it has its own specifics and nuances.

I highly recommend using special platforms and tools for cryptocurrency arbitrage. For example, 3commas, in the terminal of which you can link all your exchanges and see them in one window. This will allow you to quickly buy crypto on any of the exchanges at the right time, without having to log in to each exchanger and check its rate.

How to make money on arbitration of Bitcoin and other cryptocurrencies?

By analyzing information about all tokens and prices in one 3commas window, you keep your finger on the pulse and at any time you are able to buy and sell a particular token if the price starts to fall. However, it is worth considering that 3commas only helps to quickly buy and sell cryptocurrency on one exchange. You will still have to transfer funds from one exchanger to another.

I still recommend using another type of trading between exchanges based on the listing of coins. Buy altcoin on one exchange and sell it on another during listing. So, the Alice token, which was an opportunity to buy on Uniswap before it appeared on Binance. And after listing on Binance, Alice made almost 600% growth. There is less risk here compared to conventional arbitration.

As you study different exchanges, you will find that many coins are on some exchanges, but not on others. Unfortunately, you can’t buy everything either. Because not all Binance tokens will be placed with itself, which were before it on Kucoin or Uniswap. Or you will have to wait several months, or even years, before the token you need appears on another exchange in order to sell it at a higher price.

It is required to analyze projects, read news, study messages in online communities in order to understand what are the chances of a coin for a quick listing on another exchanger. This is a lot of work too! Fortunately, in the closed group botcryptotrade.com, recommendations and signals are given to buy promising tokens, with subsequent listing on other exchanges.

The video about arbitrage and trading between crypto exchanges is coming to an end. I talked about classic arbitrage, its opportunities, and risks, about buying coins cheaply on one exchange, with the subsequent sale during listing on another. Arbitrage is an increased risk, so it is better to trust the signals of specialists. Until next videos on botcryptotrade.com